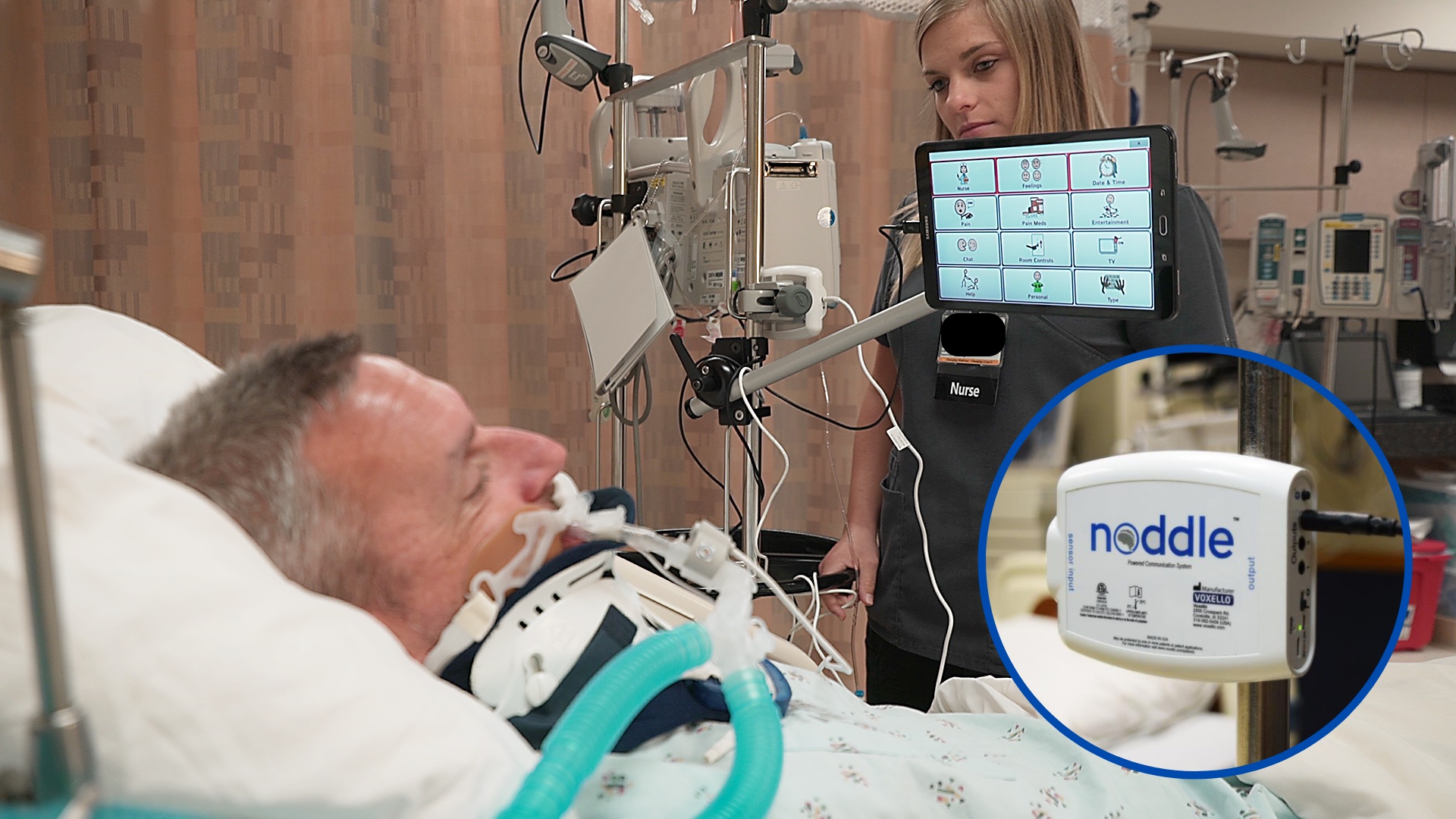 When ICU staff at University of Iowa Hospitals & Clinics called Richard Hurtig, it wasn’t because they needed a nurse or a doctor. A patient with a breathing tube was attempting to communicate with nurses by clicking her mouth and the staff was trying to figure out what she needed. Hurtig, a cognitive neuroscientist with a knack for technology, had been working on a speech generating device to help patients communicate with their medical team. The ICU staff asked Hurtig if he could adapt the machine to incorporate tongue clicks.

Colleagues had called on Hurtig before to help develop adaptive communication solutions–like a modified computer system for a child with cerebral palsy—but they were always one-off solutions. “The real question was how to disseminate the technology and make it accessible to a wider number of people who need it,” says Hurtig.

To reach a wider audience, Hurtig and four students—Vince Hahn, Ben Berkowitz, Zihan Zhu, and Blake Martison—started Iowa Adaptive Technologies based on a smart switch device the team had developed for a student entrepreneurial start-up competition, which they won. The device, called the noddle, detects small movements such as finger taps, eye blinks, or tongue clicks, which allows patients to call for a nurse and controls the later developed noddle-chat speech generating device to convey messages such as “I need to reposition” or “I’m in pain.”

“Patients who are unable to summon help and who cannot communicate or face a communication barrier are at an increased risk of a number of preventable adverse events,” says Hurtig. Without the proper communication aid, a patient could develop pneumonia because they couldn’t ask for their throat to be suctioned, or bedsores because they couldn’t articulate their pain. Patients who attempt to reposition themselves instead of requesting help are at a higher risk of falling. All of these adverse events are estimated to cost the healthcare industry billions of dollars each year.

To sustain the company financially, Hurtig applied for and received a Phase I Small Business Innovative Research (SBIR) grant from the National Institute of Nursing Research (NINR). The funding allowed the company to build the initial noddle device and complete the regulatory process for FDA clearance, which they received in 2017.

A Phase II SBIR grant from NINR funded clinical trials for the noddle system, which showed that using the device led to a significant reduction in hospital-acquired conditions. The grant also allowed the team to develop additional communication templates, including a bilingual module. Supplemental SBIR funding has supported the company’s efforts to design communication templates for patients with dementia. “The grants provided the absolutely critical support for product development that straight business funds would not have provided,” says Hurtig.

The noddle system is currently available in 15 hospitals and centers across the U.S. When the Covid-19 pandemic began, hospitals started limiting the use of the noddle system in ICUs as part of their infection control processes. The company responded by creating free, downloadable health care communication guides for hospital personnel. “What we are trying to do in hospitals is to create a culture of communication,” says Hurtig.