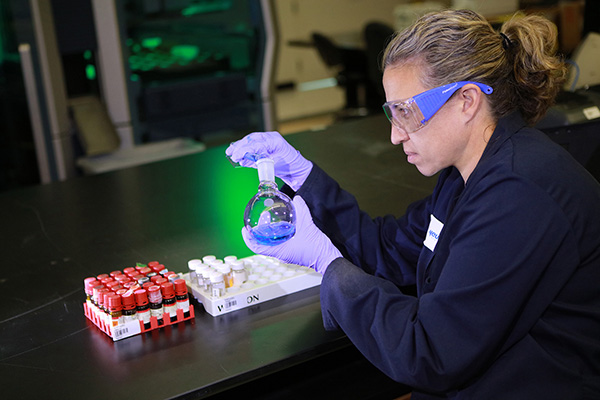 Up to eleven percent of women of reproductive age could have endometriosis, an undiagnosed painful condition that makes the menstrual cycle harder and is linked to infertility.

It’s caused by uterine tissue growth outside of the uterus and there is no cure. An injection therapy became available in the 1990s but it sometimes made symptoms worse. And the drug circulated in the body for a month, so potential adverse side effects could stick around for up to 30 days.

Eventually San Diego-based Neurocrine Biosciences would develop a faster-acting endometriosis treatment by integrating the fields of immunology, neurology, and endocrinology—the study of the immune system, the nervous system, and hormones—an innovative approach that could lead to better pharmaceutical solutions.

It was a long road to discovery, says Dimitri Grigoriadis, Chief Research Officer at Neurocrine. The oral drug that is now available under the brand name ORILISSA was offered commercially in 2018 by the company AbbVie (then Abbott), which partnered with Neurocrine in 2010 to complete clinical trials and commercialization. The treatment generated close to 100 million in net sales in 2019.

But the basic science that informed drug development of ORILISSA started more than twenty years ago.


The SBIR grants allowed us to explore the scientific nature of what we were doing.

In 2000 Neurocrine was awarded a Phase I Small Business Innovative Research (SBIR) grant from the National Institute of Neurological Disorders and Stroke to study a library of molecules that could block an endometriosis-related process in the body. Phase II funding, awarded in 2001, helped the company test a few promising molecular candidates.

“The SBIR grants allowed us to explore the scientific nature of what we were doing. [The grants are] most critical in the discovery phase as opposed to venture capital funding, which basically expects to get some return,” says Grigoriadis. 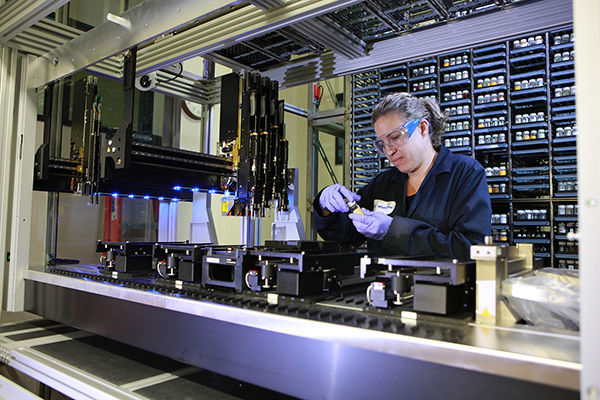 The Phase I and II SBIRs weren’t the first Neurocrine had received. Three SBIRs in 1994, helped the company set a standard for digging into the molecular mechanisms of disease.

“If you're being pushed to identify just the therapeutic, you don't tend to understand the mechanism, so if something goes wrong you can't really respond to that. What SBIR funding allows us to do [is] develop the understanding of the mechanisms of disease.”

This understanding has led to the possibility of re-purposing one therapeutic to treat multiple disorders. ORILISSA is now awaiting FDA approval for the treatment of uterine fibroids and is in clinical trials to treat polycystic ovary syndrome. The NIH SBIR program had a big hand in making that happen.

Grigoriadis says the company has received SBIR awards from more than 10 NIH institutes and their portfolio of R&D projects has created more than 700 jobs.

“[The SBIR grants have] really allowed us to make a big contribution to the field,” says Grigoriadis.