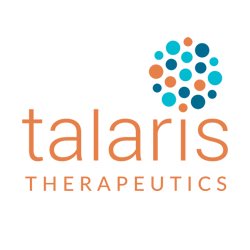 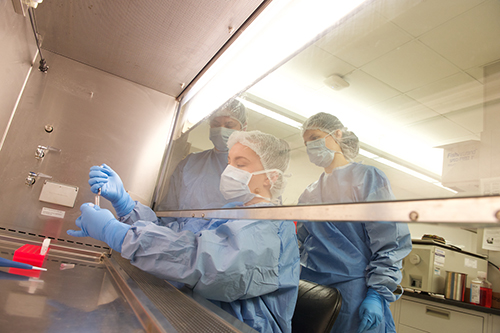 The biggest obstacle in any medical transplant is the recipient’s own immune system. Donor stem cells are often seen as invaders and attacked by the recipient’s immune cells, making patients dependent on immunosuppressive therapies.

But in 1990, Professor Susan Ildstad found a unique type of cell that could solve this problem: a facilitating cell.

“These [facilitating] cells really act [to] keep the stem cell happy,” Ildstad says. “They help the stem cell after transplantation get into the bone marrow and stay there. And they help it to thrive.” This allows the recipient’s immune system to permanently recognize the donor’s transplanted cells or organs. In addition, these facilitating cells reduce the risk of “graft versus host” disease, where white blood cells from donor tissue attack the host’s tissue.

Ildstad’s patent to cover the facilitating cell as a therapeutic product was one of the first cell-based patents. She founded Talaris Therapeutics, originally called Regenerex, shortly after.

Talaris received Phase I and II Small Business Innovation Research (SBIR) grants from the National Institute of Diabetes and Digestive and Kidney Diseases and the National Heart, Lung, and Blood Institute. Initial tests in humans were on leukemia patients and patients with sickle cell disease, to great success. These tests, made possible by the NIH small business funding, were absolutely crucial to receiving early investor support. And it was this support that allowed Ildstad to go after a bigger goal: kidney transplants.

In a Phase II human study, 70% of kidney transplant patients were able to be removed from all chronic immunosuppression treatments by 12 months after their transplant – a major win.

“I'm a transplant surgeon by training,” Ildstad says. “And so I've seen what patients go through after a kidney transplant. It's not easy. They have to take about 25 pills a day and they have a lot of toxicities and a shortened lifespan.”

Talaris aims to reduce the dependence on potentially toxic immunosuppressants after transplant. Their treatment is given to the patient the day after the transplant surgery. In a Phase II human study supported by National Institute of Diabetes and Digestive and Kidney Diseases, 70% of kidney transplant patients were able to be removed from all chronic immunosuppression treatments by 12 months after their transplant – a major win. 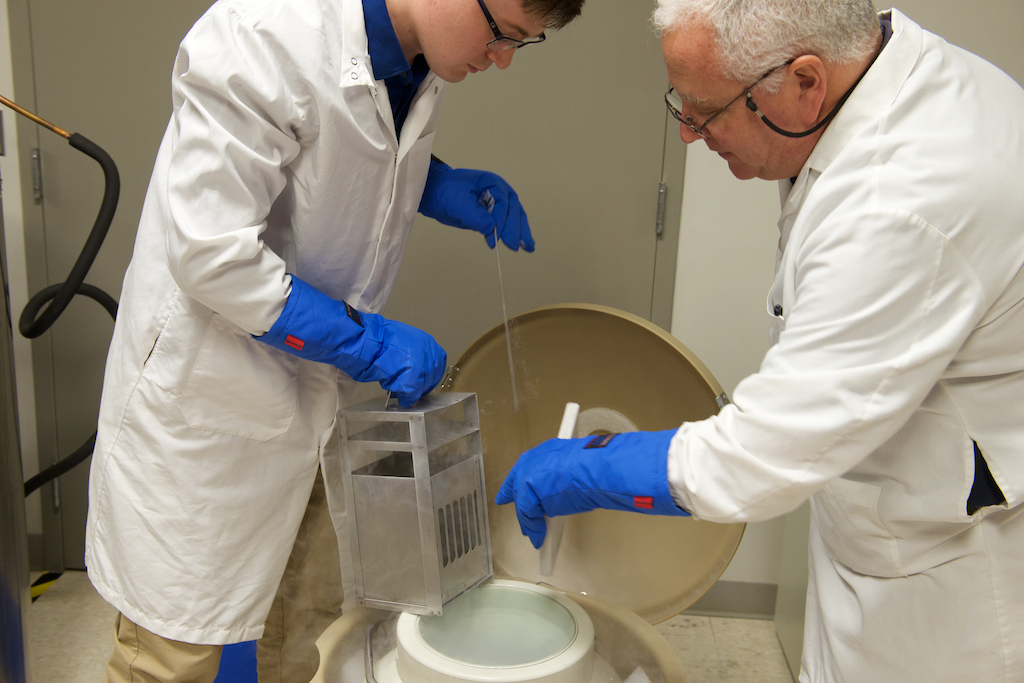 These promising results led to $100 million in additional funding from venture capital firms to support the further development of the facilitating cell therapy. “[NIH small business funding] gave us the preliminary data that allowed us to approach investors and Big Pharma to fund the amount needed to move into phase two and phase three,” Ildstad says.

Facilitating cell therapy is currently in a Phase 3 clinical trial, the last step before it can be made commercially available.

Therapeutic benefits of these cells are not limited to kidney transplant patients. Talaris is exploring other applications including the autoimmune disease scleroderma, leukemia, and sickle cell disease.