State - District:
CA - 19
NIH RePORT:
Diagnostics for the Real World
A Molecular Test at the End of a Dirt Road—HIV Testing For the Resource Poor 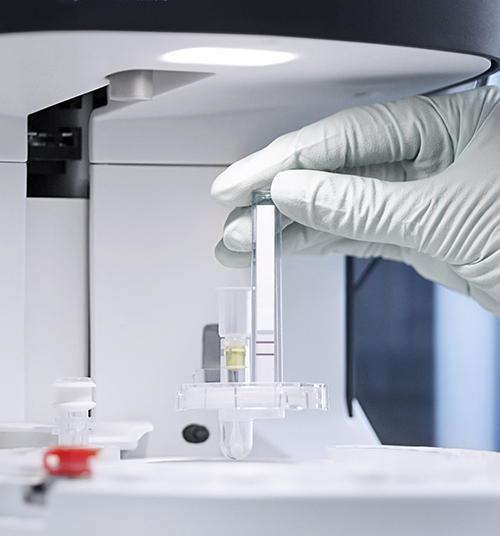 The hardest hit areas of the HIV/AIDS epidemic are often rural areas that struggle to provide the testing and treatment options offered by medical facilities in larger, more populated areas. And clinics are sometimes hundreds of miles from patients in need.

“The needs are really where resources are the poorest,” says Dr. Helen Lee, who founded Diagnostics for the Real World (DRW) in 2002 to develop tools for monitoring infectious diseases in rural areas with limited infrastructure.

In 2002 DRW was awarded three Phase I Small Business Innovative Research (SBIR) grants from the National Heart, Lung, and Blood Institute to develop easily implemented dip-stick tests for HIV, as well as for the blood-borne pathogens Hepatitis B Virus (HBV) and Hepatitis C Virus (HCV). In the next two years, DRW successfully moved all three projects forward with Phase II SBIR funding.

The team developed a more sensitive test that could diagnose HIV earlier after transmission by detecting the amount of viral DNA in a patient’s blood. And diagnosing HIV earlier wasn’t the only promising result of these new tests.

“Once you're infected you need to look at the so called ‘viral load’...an antibody [test] would not work because if you're infected by HIV, you [are] antibody positive for the rest of your life.” But by measuring viral load in a patient’s blood, doctors can get a sense of how well antiretroviral treatment is working. 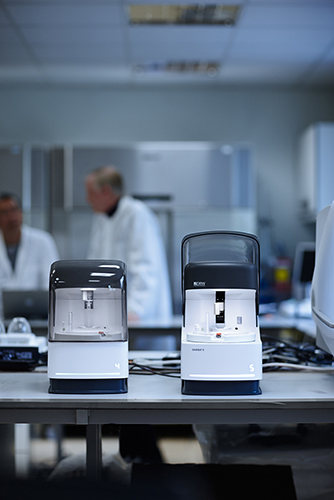 The next step was to package the test in an easy-to-use device. DRW received NIH support to develop their Simple Amplification Based Assay (SAMBA) device. The funding was awarded as a 2011 Phase I SBIR, a 2014 Phase II SBIR, and a 2017 Commercial Readiness Pilot grant, all from the National Institute of Allergy and Infectious Diseases. The SAMBA machine can either give an HIV diagnosis or give a semi-quantitative viral load reading once a clinician draws a patient’s blood and separates out the plasma, which is needed for testing.

“We invented the chemistry so that the signal is visual,” says Lee, referring to the double line indication of a positive result, similar to a pregnancy test. The doctor can then immediately show the patient the results and they can discuss next steps.

The next iteration of SAMBA will test whole blood samples instead of plasma, reducing the need for lab equipment and trained laboratory staff. Lee estimates more than 200,000 people have been tested so far.

“If it wasn't for our grants from SBIR—from the very beginning...research and development to clinical trials to some early implementation, I can promise you, we wouldn't be where we are,” says Lee.