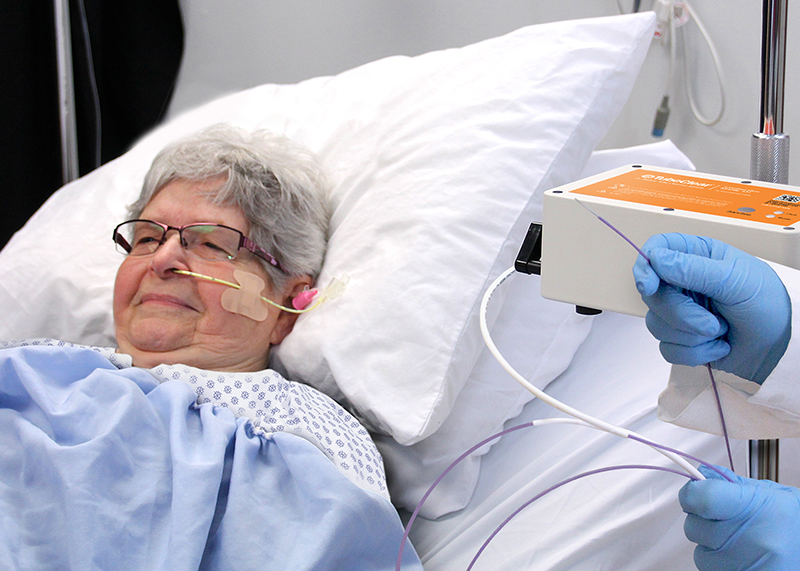 In engineering, an actuator turns a signal into mechanical action or motion. For example, actuators in your printer, in the form of electric motors, are what move the ink cartridge from side to side.

Dr. Maureen L. Mulvihill, a materials scientist, earned her PhD researching piezoelectric materials, or natural actuators—materials that generate mechanical force in response to an electric field. After a doctor’s office visit sparked an idea, she decided to apply her knowledge of actuation and materials to improve medical devices and patient outcomes. She founded Actuated Medical in 2006 in Bellafonte, Pennsylvania with fellow materials scientist Roger Bagwell.

GentleSharp decreases the level of stress hormones in blood samples, which allows scientists to get clearer test results.

Being poked with a needle is stressful for humans and animals, which means blood samples drawn with a needle often have high levels of stress hormones. To make needle insertion smoother and less painful, GentleSharp vibrates the needle with low-frequency, back-and-forth motions. Actuated Medical, using SBIR funds from the National Institute of Aging, has shown that using GentleSharp decreases the level of stress hormones in blood samples, which allows scientists to get clearer test results.

The first NIH SBIR grant Actuated Medical received was for a device called IntelliNeedle, which also uses vibrations to make needle insertions less traumatic—specifically, IntelliNeedle was designed to administer epidural anesthesia with less force than traditional needles. Though IntelliNeedle itself wasn’t commercialized, its SBIR funding from the National Institute of General Medical Sciences allowed Actuated Medical to further adapt its design into another commercialized product: NeuralGlider. 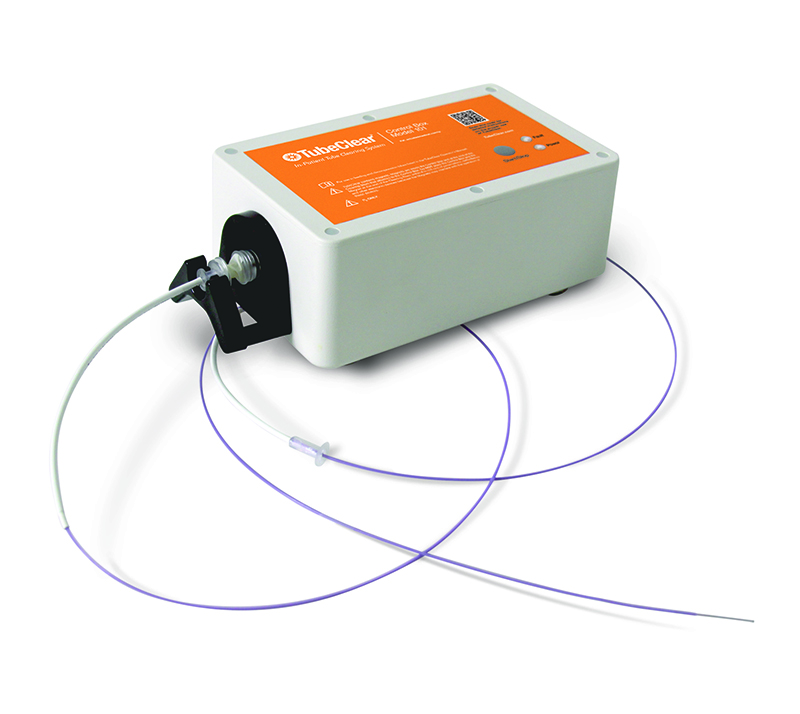 Neural implants are difficult to apply to the brain, as the force required to insert them can often damage the surrounding tissue. NeuralGlider uses quiet vibrations, like those of IntelliNeedle, to reduce that damage.

SungHo Lee, a research assistant professor of neurology at the University of North Carolina, says NeuralGlider has helped his research on brain disorders such as epilepsy and Parkinson’s disease. “Minimizing the traumatic damage from implant insertion has given us really good reliability in our data,” he says. “It’s very useful for us.”

Actuated Medical received Phase II follow-on funding from the Eunice Kennedy Shriver National Institute of Child Health & Human Development to develop TubeClear for pediatric indications. The next step is to get FDA approval for its use in pediatric care.